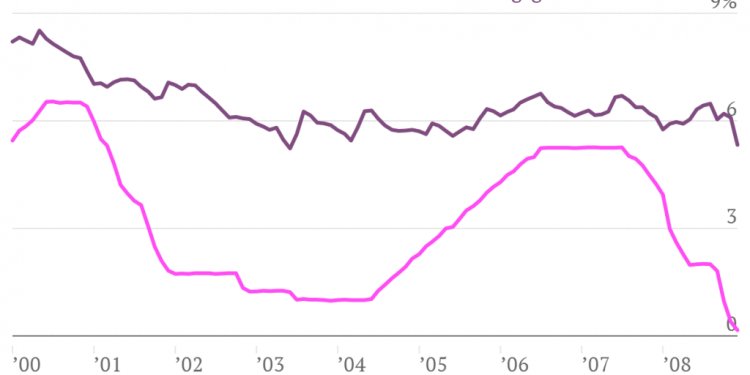 The streak is over.

It breaks a winning streak in which rates were at or below the 3.5% threshold for sixteen weeks straight.

There was only one such string of low rates in late-2012, when mortgage rates ran below the threshold for 19 weeks.

Not that rates are high now, by any means.

Despite this week's mainly psychological increase, rates are low, and deals can still be had.

Mortgage rates have beat the odds all year. Now the house may be winning.

Rates seem to be in an upward trend. A December Fed meeting is on the horizon. Most analysts agree: expect a rate hike.

The last meeting was one of the most dis-unified in five years. Three of ten voting members argued for an immediate rate hike.

That was followed up by a series of positive economic indicators, which is typically bad for rates.

Wage growth was higher, too, up 2.6% from a year earlier. That sounds good, but rising pay among U.S. workers could spark inflationary fears.

Inflation is bad for mortgage rates.

Adding to concern was August's year-over-year core inflation reading at +1.7%, up from a reading of 1.6% in each of the five months prior. Investors and the Fed will be watching for higher inflation, but for different reasons.

Investors are wary of inflation because it diminishes the value of all things denominated in the U.S. dollar, one of them being mortgage-backed securities (MBS). Consumer mortgage rates are directly based on MBS yields - the "yield" being the rate of return or interest rate.

As inflation rises and demand for MBS drops, sellers of MBS must increase the yield or interest rate on those bonds to entice investors to buy. Investors won't purchase a mortgage at 3% if inflation is running at 4%, for instance.

That would be a negative return-on-investment.

The mortgage consumer, then, pays a higher rate of interest when they get a mortgage. In the end, that mortgage must be "sellable" on the open market.

The Fed watches inflation for a different reason.

Disinflation can plunge the economy into a downward cycle against which Fed efforts may be powerless.

Fortunately, today's economy is not showing signs of falling prices.

Instead, inflation could be on the rise. The Fed wants it near 2%, a reading not seen consistently since 2008. As inflation rises closer to target, the Fed will more easily justify a Federal Funds Rate hike.

The Fed does not control mortgage rates, but rates often trend upward in response or in anticipation of Fed action.

For now, rates remain low, as viewed from a historical perspective.

Mortgage rates are still more than 40 basis points below levels seen at year's beginning - when analysts called for rates in the 4.5% range in late-2016.

Rates are still a full percentage point below that.

Mortgage rate shoppers still have a window of time in which to capitalize on the current rate environment.

Freddie Mac polls more than 100 lenders to arrive at a national average rate.

But the agency requests conventional/conforming loan rates only. It leaves out mortgage rates for government-sponsored programs that could come with even lower costs.

FHA loans, for instance, only require a 3.5% downpayment, yet come with mortgage rates often lower than 20% down conventional loans.

The least-known major mortgage product, the USDA loan, comes with very low rates, too, on par with the VA mortgage. The USDA home loan program requires nothing down, a credit score as low as 640, and very little money in reserves after closing in order to qualify.

How Much Will Your Mortgage Cost Each Month?

30-year mortgage rates are lower as compared to the start of the year.

Debt-to-income is a key part of the mortgage approval process. Any drop in your DTI can make it easier to get mortgage-approved by a bank - for either a purchase loan or home loan refinance.