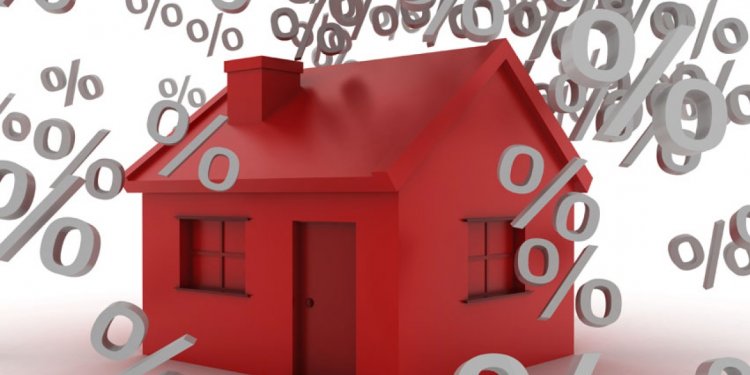 The 30-year, fixed-rate mortgage fell this week to just above its all-time lowest level. And people already are taking advantage, flooding mortgage companies with refinance applications.

The benchmark 30-year fixed averaged 3.52% this week. The record low is 3.5%, set in December 2012. I'm betting that it will go even lower. At the same time, I encourage you to lock your rate as soon as you can.

People crowded mortgage offices last week to refinance their home loans, when the 30-year fixed was a little higher, at 3.61%. Refinance applications surged 21% in the week ending July 1, according to the Mortgage Bankers Association. So if you already applied to refinance, you joined a big club that's getting bigger every day.

If you got a 30-year fixed mortgage 5 or more years ago, you probably are paying a rate of 4.5% or higher. By refinancing, you can cut your rate by a percentage point if you have excellent credit.

Even a year ago, mortgages averaged 4.19% - and that, itself, is very low by historical standards.

To put things in perspective, Bankrate's weekly survey of mortgage rates stretches back to Sept. 25, 1985. In that 1st survey, the 30-year fixed averaged 12.31%, and it has never been higher since. It had been higher before that, though - FHA rates averaged 18.55% in October 1981, according to the Federal Reserve Bank of St. Louis.

When people ask me lately if mortgage rates could fall even lower, I say that it's possible, but when you can get a rate below 4% on the 30-year fixed, why gamble and wait for it to fall another quarter of a percentage point?

Here's what I mean: If you could lock a good rate, but decide to float in the hope that rates fall even more, 3 things can happen: Rates can go down or remain the same, in which case you win when you eventually lock your rate. Or rates can rise and you lose.

If you're thinking of refinancing, and you're undecided about whether to lock a rate, discuss it with your loan officer, who is likely to tell you to go ahead and lock. Read the answers to 5 rate-lock questions.

It's not against the rules to award myself tweet of the week, is it?

If you refinance during this boomlet, ask how long you should lock. Your lender might tell you to lock for 45 to 60 days, which is a little longer than rate locks in times of normal refi activity. Appraisers get backed up and lenders' back offices fall behind because of all the work.

Responding to my admonition that you should consider refinancing if your loan is 5 or more years old, Jim Sahnger, a mortgage planner with Schaffer Mortgage, in Palm Beach Gardens, Florida, says, "It's not just people that obtained a mortgage 5 years ago. Depending on the borrower's situation, everyone should evaluate their situation and see what makes sense. Do you have an FHA, VA or USDA loan currently? You may be able to do a streamline refinance with minimal documentation and better your situation."

He adds: "In just the last day, I'm working with people that are doing the following:

Every week, Bankrate has the Rate Trend Index, in which loan officers predict whether mortgage rates will go up, down or stay about the same in the coming week. There weren't many votes this week, and this response (a nonvote) explains why:

Extremely swamped. Is it okay I give it a pass this week?
- Shashank Shekhar, CEO of Arcus Lending Inc., San Jose, California

Autodialing a cellphone near you

Under the Telephone Consumer Protection Act, lenders aren't allowed to make autodialed or prerecorded debt-collection calls to your cellphone without prior consent.

On a parallel track, the financial crisis gave rise to regulations that require lenders to proactively reach out to people who have fallen behind on their mortgage payments. The idea is to catch borrowers before they have fallen too far, and to give them options for staying in their homes.

You can see where these 2 mandates collide. So the Federal Housing Finance Agency and the Mortgage Bankers Association are asking the Federal Communications Commission to allow mortgage servicing and debt collection calls to cellphones, even without the borrower's prior consent.

Congress amended the Telephone Consumer Protection Act last year to exempt calls made to collect a debt owed to or guaranteed by the federal government. So when borrowers fall behind on their FHA or VA loans, lenders can call their cellphones. But there's a move afoot to allow these types of calls on all residential mortgage loans, not just the FHA and VA.

Horrible neighbor of the week

A man tells the Real Estate Adviser that his neighbor's pine overhangs his driveway, and it drips sap onto his cars. "Can I cut the branches to minimize the amount of sap dripping on our autos? The catch is that the pine is considered a 'heritage tree, '" he writes. Read the Real Estate Adviser's advice for "extending an olive branch to gracefully remove a pine branch."