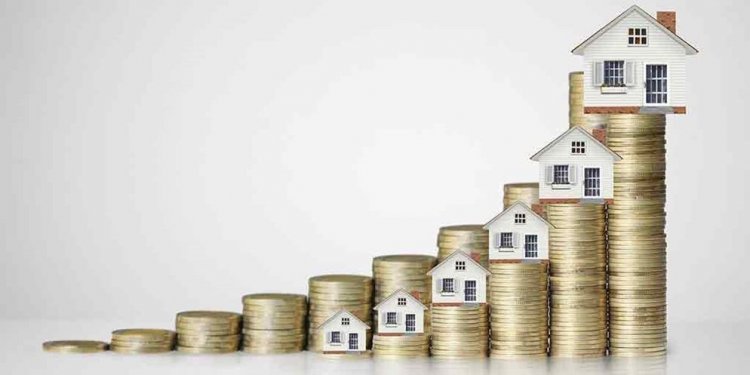 At long last, the Federal Reserve is raising interest rates. That means rates on familiar financial products like savings accounts, mortgages and credit cards are likely to rise as well.

Interest rates have been low for so long that many consumers — millennials, particularly — haven’t really known a time when borrowing wasn’t cheap and savings vehicles didn’t pay next to nothing.

Now, the Fed is increasing the federal funds rate, which the Fed slashed nearly to zero in 2008 to help the American economy ride out the global economic downturn. The federal funds rate determines how much interest financial institutions charge one another to borrow money. This rate has a direct effect on the interest consumers pay when they carry a credit card balance or take out a loan, and on yields for savings accounts and certificates of deposit.

Here’s what you can expect, and how to position your finances in a rising-rate environment.

In general, higher interest rates are good news for savers and bad news for borrowers.

Savings accounts, in particular, have produced paltry returns in recent years. On average, annual percentage yields have hovered around 0.06% nationwide since 2013, according to the Federal Deposit Insurance Corp. At that rate, you’d earn only $6 for keeping $10, 000 in a savings account for a year.

Certificates of deposit have not fared much better. CDs allow savers to lock in a higher rate by committing to leaving their money untouched for a period of time. But as of June 2016, even a five-year CD was paying only 0.79%, on average.

These historically low rates on savings products won’t jump higher overnight, but a higher federal funds rate can stimulate competition among banks and credit unions, and consumers may benefit from that. It may be worth looking for an account with better rates if your financial institution is slow to respond to a Fed rate increase.

“Savings accounts are so easy to move from bank to bank that it’s almost always worth making sure you’re getting a competitive return on your money, ” says Devan Goldstein, a banking analyst at NerdWallet. “Once you’ve got a good emergency fund built up, the difference can be meaningful even in mediocre rate environments.”

Borrowing money in the near future? If rates continue to rise, you will pay a higher interest rate on auto loans and personal loans. Double-check that your existing loans have a fixed interest rate, and consider borrowing sooner rather than later to keep your interest costs down.

Interest rates on credit cards are typically not fixed, so they’re especially vulnerable to changes in the federal funds rate. If you’re carrying credit card debt, you can probably expect your interest rate — and also your minimum payment — to rise. That will make it harder to chip away at the debt.

But there are moves you can make to take the sting out of climbing credit card interest.

Reducing your credit card debt aggressively is a good idea no matter what rates do. Re-evaluate your budget to see if you can free up any cash to pay down your credit card balances, and think about whether you can increase your income, even temporarily.

As interest rates rise, make sure you’re making at least the minimum payments on time, on every card. This will help strengthen your credit score over time, which will make it easier to qualify for lower-interest loans.

If you do have good credit, consider moving higher-interest debt to a 0% balance transfer credit card. These offers may become scarcer if the Fed continues to raise interest rates, and locking down a 0% APR for 12 months or more is a great way to make a significant dent in your debt. Paying down your balances will also improve your credit score.

If you own a home, you may be able to borrow equity to pay off your credit cards. But be careful — home equity lines of credit, which often have variable interest rates, are also likely to be affected by the Fed’s rate hike. Consider instead a fixed-rate home equity loan, or refinance your primary mortgage to pay off your credit card debt and lock in a low fixed rate now while you still can.

The Fed’s rate increase ended what has been effectively a zero-interest-rate environment, because the federal funds rate has been so close to zero for so long. The rate hike will likely mark the end to historically low mortgage rates, although the rise in such rates is expected to take time to get started and be slow once it gets underway.

It’s important to consider that even incremental rate increases, as this one was and as future rate hikes are likely to be, are costly when imposed on big-ticket items like homes and stretched out over the life of a multiyear loan.

Getting ahead of the tide of rising interest rates can save borrowers thousands of dollars. Consumers with adjustable-rate mortgages and home equity lines of credit should take a close look now at their financing options, and consider moving to currently low fixed-rate alternatives.

Investors have had nearly a decade to get used to a falling interest rate environment, so fear that the Federal Reserve’s rate hike will shake things up is natural. But there’s plenty of precedence, as recently as 2004, that indicates the market response to a rise in rates tends to be moderate, if not favorable over the long term.

This particular rate increase has two advantages: It was highly anticipated, which means that in many respects, it has already been baked into the market. And it’s the result of a strengthening economy and a growing job market, which is nothing but good news for investors going forward.