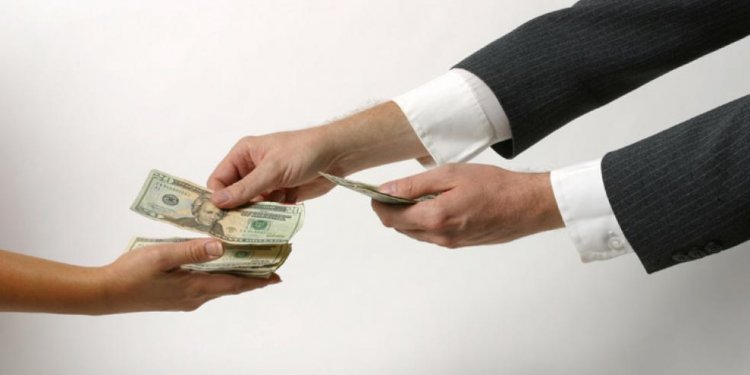 Persons tempted to seek government credit might be interested in this “other side” of the story of government lending activities.

In the sense that each borrower undertakes to repay out of the revenues produced by his Work, all government lending is lending to finance enterprise. Where there is no enterprise, there is no prospect of repayment. In this broad sense, where enterprises and enterprisers are discussed in these general comments, the terms are used to apply to farmers and working people as well as to businessmen, partnerships, and corporations.

The theory of government lending is that it produces economic activity which otherwise would not occur. This means that if the government offers to pay the bills, now or later, homes will be built, factories will be constructed and outfitted, minerals will be mined, crops will be grown, electric power and telephone lines will be erected, goods will be exported for sale abroad, employment opportunities will be created, and many other business transactions will be undertaken, even if in each case it would have been unattractive or financially impossible for the people concerned to undertake the transaction unassisted.

Thus, by having the use of the government’s financial resources, through a loan or a guarantee, a man can become the owner of a home without first having earned and saved enough money to make a substantial down-payment. A manufacturer, producer, or distributor can expand his facilities and his output without first having accumulated enough property to collateralize a bank loan. A rural cooperative group can sponsor the extension of power and telephone lines into sparsely populated areas without first having acquired enough wealth to make the initial investment and to pay the premium costs of a marginal operation. An exporter can ship his goods for sale abroad in the face of substantial uncertainty concerning profits and collections. An employer can meet payrolls even though his resources may be temporarily frozen in overstocked supply bins and warehouses or in over-expanded customer charge accounts. And many businesses are afforded the opportunity to recover from disaster or from the mistakes of faulty management which, but for the government’s assistance, would have brought the threat of business failure and bankruptcy . . . .

These are the aims and the direct results of government lending, and they are represented to be its benefits. What are the indirect results and what, if any, are the drawbacks?

By legal restrictions and other requirements of trusteeship, private lenders are sometimes restrained from making a loan simply because the borrower’s need is too great or because it extends over too long a term.

When the government lends to fill this so-called credit gap, or when through its guarantee it induces private lenders to do so, it takes a considerable share in responsibility for initiating the borrower’s project, or for sponsoring its continued operation, more or less in the form in which the borrower conceived it. By doing so, the government relieves both the borrower and the private lender of responsibility for finding additional private investors, for reorganizing the project in other ways, or for working it out by other private means. Among other things, in a particular case, this may tend to stifle initiative.

The need for funds in large amounts or for long periods of time more often than not is the need for owner’s capital, and it is unsound economically to try to meet this need by supplying lender’s capital instead. Owners are free to tie up their funds for long periods. They also may take risks which lenders may not take. Where the government undertakes to lend what should be owner-cap-ital, or where a. banker does so in response to the government’s urging, they shift the business risk from owner to lender and the effect is to lower the standards of lending.

The hazard which goes along with lowering the standards of lending is the hazard that an owner will lose his property by inability to repay the loan with interest, and the lender will become the owner in his place.

The risks of ownership are inseparably woven into the concept of private property. When an owner is relieved of his normal risks other than by his own effort and industry, he is beholden to those who assume the risks in his place. This increases the likelihood that he also will be relieved of the other attributes of property ownership—the right, for example, to decide how, when, where, and by whom the property shall be used. In the end he is likely to be relieved of the property as well. When these things occur where the government provides the financing, the private property becomes public property instead and the government has the right to decide how, where, when, and by whom the property shall be used.