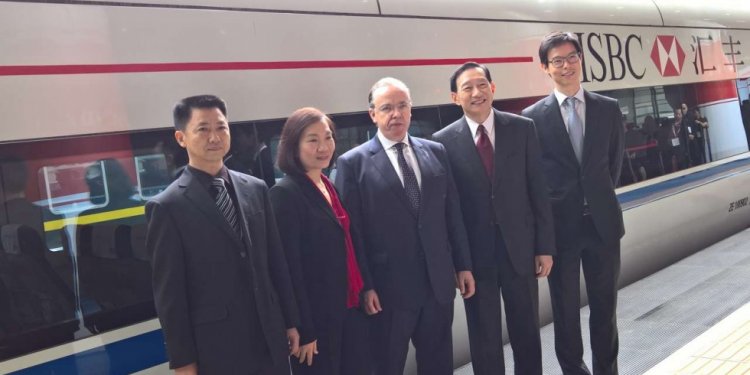 Some Muslims choose to pay for houses in cash

HSBC has become the first major UK bank to offer mortgages that comply with Islamic law.

Under Islamic law, the receipt and payment of interest is forbidden.

As a result some of Britain's two million Muslims have chosen not to take out conventional mortgages or open bank accounts.

This can leave them having to pay in cash for large purchases, such as houses.

Under the HSBC scheme, the bank buys the property and leases it back to the customer over an agreed term.

The customer makes monthly payments made up of rent and contributions towards the purchase price.

HSBC owns the property until customers have made their final payment.

Crucially, at no stage is the customer paying interest - the paying of 'rent' is seen as a fair payment for use of the property rather than a charge for borrowing money.

In addition, HSBC is launching an Islamic law-compliant current account, which has no overdraft or credit card facility.

Money paid into the current account will be administered in accordance with Islamic law and not used for generating interest.

The current account and mortgage products are to be introduced in selected HSBC branches from 14 July.

Previously only relatively small institutions such as the National Bank of Kuwait and the West Bromwich Building Society have offered tailored Islamic financial products for UK customers.

Last year a report from market analyst Datamonitor estimated that demand for Islamic mortgages in the UK was so strong that gross advances could reach £4.5bn ($7bn) in 2006.

According to Iqbal Asaria, spokesman for the Muslim Council of Great Britain, HSBC's move is long overdue.

"Some (Muslims) are wracked with guilt because they have broken Islamic law. While others' values are beyond question, they are more pragmatic in order to keep a roof over their family's head.

"HSBC's initiative frees them from this dilemma and is the first step to delivering a level playing field for Muslims seeking financial solutions in the UK."

Have you used, or would you like to use, Islamic financial services in the UK? How easy was it to find what you wanted and how well did the service meet your requirements? What more could financial service providers do? Let us know using the form below.