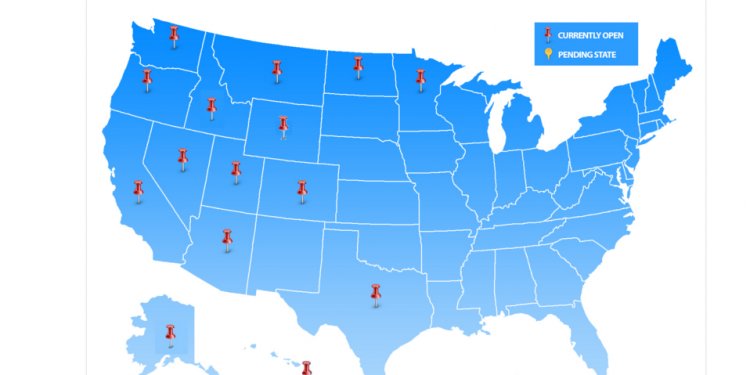 With a land area that is only marginally smaller than the state of New Jersey, the is known as home to the University of Alaska Fairbanks as well as Eielson Air Force Base. The borough seat of Fairbanks is the third largest city in the entire state of Alaska by population. Incorporated in 1964, the borough seat was founded in 1901, by E.T. Barnette after the steamship the Lavelle Young was grounded in Shallow Water along the Tanana River. Following this incident, Barnette, after exploring the area on foot established a trading post.

Today, the local economy is influenced by government services, the presence of Eielson Airforce base as well as manufacturing and mining. Tourism is also a big source of area revenue as more than 325, 000 tourists travel to Fairbanks annually. Fairbanks is a popular destination as it has no standing sales tax.

Located in eastern Alaska with a subarctic climate, numerous cold weather attractions exist that draw people to the area. The northern lights, ice carving, hockey, skiing and ice fishing are all popular options. Furthering the appeal of the Fairbanks North Star Borough is Pioneer Park a Historic Theme Park with museums, restaurants, shops, and art. The census area also has the Tanana Valley State Fair, the Birch Hill Recreation Area, and the World Eskimo Indian Olympics.

Of the 100, 436 people living in the borough are 11, 438 veterans. The presence of the provides this segment of the population with numerous services including primary care, mental health, orthopedics, and case management. Adding to the areas positive outlook on military members is that Eielson Air Force Base is located 26 miles from the city of Fairbanks. Deploying bomber and fighter units for missions around the world prior to 2007, Eielson Air Force Base served as a front line station for many years. Over the past seven years the base has shifted to a primary focus of providing support to Red-Flag Alaska, an extensive field training exercise program for U.S. forces.

A disability property tax exemption is available to disabled veteran homeowners in the Fairbanks North Star Borough. Qualifying for this exemption is based on a net income of less than $12, 000 yearly and a 100 percent disability rating.

to apply for a VA home loan for Fairbanks North Star.

10:00 AM Third Saturday of every month

If you are having your home appraised for liquidation in Alaska, there will be a $50 charge on top of the above listed prices. for information on VA short sales.