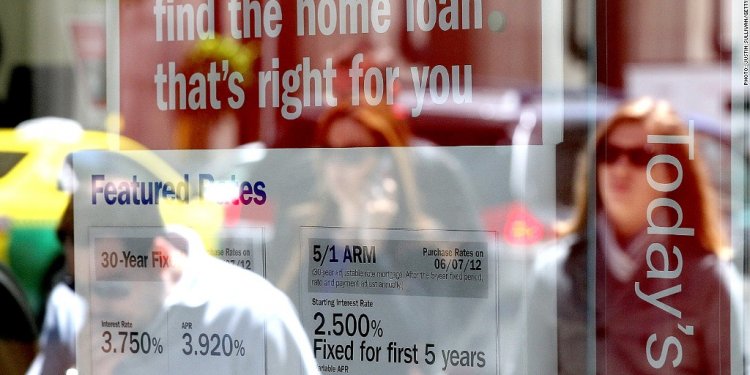 Remember last year when the 15-year fixed-rate mortgage rate was an unbelievable bargain at just over 2.5 percent, the lowest in recorded history and about three-quarters of a percentage point below a 30-year fixed-rate loan? So everyone buying a house was getting a 15-year loan, right? Nope. Thirty-year fixed-rate mortgages dominated – accounting for more than 85 percent of the home-purchase loan market in 2012.

Fast forward to today, the 30-year fully amortizing fixed-rate mortgage is averaging about 4.5 percent—and is still by far the most popular mortgage product for America’s homebuyers. Nearly 90 percent of homebuyers chose it in the first half of 2013. Only 8 percent of homebuyers chose 15-year loans, 3 percent chose adjustable-rate mortgages (ARMs), and 1 percent chose loans with other terms.

The reasons most homebuyers opt for a 30-year, fixed-rate mortgage term over other loan products are threefold:

Affordable: First, the longer term means the principal is paid back (i.e., ‘amortized’) over a longer time period. That means the monthly payments are lower than on a 15-year mortgage, which is fundamental to making homeownership viable for first-time buyers in their early earning years. Just as it was for Baby Boomers, Gen-Y will rely heavily on the 30-year fixed-rate mortgage because the lower payments are more affordable and manageable when getting started. And with wages largely stagnant, or down, most Americans aren’t counting on a raise anytime soon.

Stable: Because the interest rate is fixed, the monthly principal and interest (P&I) payment is constant over the 30 years of the loan, insulating borrowers from payment shock. In contrast, an ARM with a 30-year term will have variable P&I payments over the loan term. Many moderate- and middle-income homeowners prefer the certainty that comes with fixed P&I payments and are often ill suited to manage the interest-rate risk that comes with an ARM. For example, those who took out ARMs during the peak years of the boom (2005-07) saw their P&I payments soar by as much as 165 percent – that’s an enormous increase in financial burden. Moreover, by avoiding payment shock and negative amortization, fixed-rate borrowers are less likely to fall behind on their payments, – a plus for investors too.

Stability is also good for communities. In the housing market bust in the U.S., those states that had relatively high percentages of long-term fixed-rate lending to prime-credit borrowers generally fared much better than the states that had much smaller shares of the product.

Flexible: 30-year fixed-rate loans are generally prepayable at any time without penalty. If the homeowner chooses to pay off the loan before maturity (e.g., refinance or sell the home), the homeowner can do so without paying an early prepayment fee. This feature is largely unique to the U.S. as other nations generally require a prepayment penalty for long-term fixed-rate loans on single-family homes.

* Frank Nothaft left his position with Freddie Mac in January 2015

Have a comment or question about this post? Email us to let us know what's on your mind.

Your feedback has been received by Freddie Mac's Public Relations Department. While we may not be able to reply to you individually, your feedback helps us shape future Executive Perspectives for our subscribers. We hope to incorporate answers to commonly asked questions in future posts. Thank you for your feedback.

Our Executive Perspectives feature insights from company leaders on key trends in housing finance and how Freddie Mac is supporting the nation's housing recovery.